Our customer support team is here to answer your questions. Ask us anything!

Rated 5.00 out of 5 based on 3 customer ratings
(3 customer reviews)
Availability:

Name of the all Weighing Scales which should need to have Calibration Certificate, Government Stamping & Passing Annually

The instruments which come under the provisions of the Act for verification and calibration are:

Role and Objective of Legal Metrology in Consumer Protection

What are The Legal Metrology Act (Weight & Measure Department)​

Every unit of weight or measure shall be in accordance with the metric system based on the international system of units. It also specifies the base unit of all the products. Some of the base units are:
1. Length shall be in meter
2. Mass shall be in kilogram
3. Time shall be in second and so on

1.) What is a Calibration Certificate?

2.) Is it necessary to have a Calibration Certificate?

3.) How I apply for the Calibration Certificate for my weighing instrument?

4.) What are the name common weighing Instruments which need a Calibration Certificate?

5.) What are Weight & Measures laws? What is the necessity of imposing these laws?

Ans). It ensures uniform enforcement of Standards and connected matters in Ws & Ms throughout the country. The Government has enacted:

6.) How can consumers ensure that any Weights & Measures is standard or not?

Ans). Every Weight & Measure used by the dealer is stamped by the W&M Department after due verification, with a special seal indicating the identification of the Inspector and the quarter in which it is verified. The validity of such stamped weights is two years whereas in the case of Counter/Beam/Electronic Balances/Platform scale it is one year. Dispensing unit, eigh bridge verification certificate is issued to the user which is required to be displayed at a conspicuous place by the trader/user.

7.) Is it necessary to display the certificate of verification?

Ans.)It is necessary to display every certificate of verification granted under the Act at a conspicuous place in premises where such weights or measure is being or is intended or likely to be, used in any transaction or for industrial production or for protection. 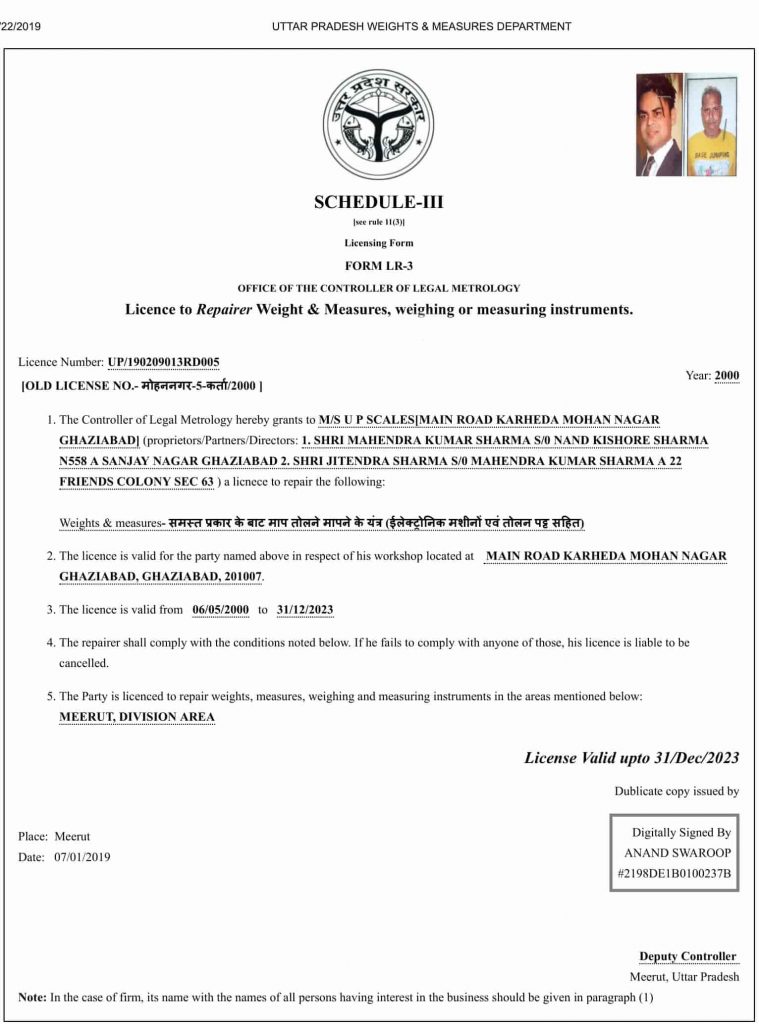